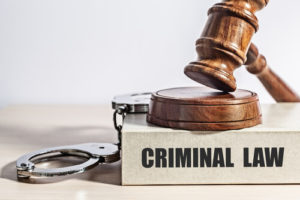 If have been charged with a crime in Baltimore, you need dedicated, experienced legal representation to guide you through the complex, confusing, and stressful criminal justice process.

Since 1977, the Baltimore criminal defense lawyers at Cohen & Dwin, P.A., have helped clients in Baltimore fight and resolve criminal charges against them. We can help give you the fair shot you deserve when facing criminal charges and ensure that your rights are protected and enforced.

Facing criminal charges can make you feel anxious and uncertain. Let our attorneys use our more than 100 years of collective experience to help prepare a strong defense strategy aimed at getting the charges against your dropped or reduced.

What to Do If You’ve Been Arrested in Baltimore

If you are arrested for a crime in Baltimore, never discuss the matter with police before you consult with a lawyer. The only information they are entitled to is your name, address and date of birth. Anything you say, good or bad, can be misinterpreted against you. Tell them that you wish to speak to a lawyer first and say nothing else.

You should exercise your right to remain silent until you have had an opportunity to consult with a Baltimore criminal defense attorney. Any statements you voluntarily give to police may end up being used against you, either as evidence in a trial or to help police in their investigation to uncover other evidence that may be used at trial.

You also have the right to an attorney and to consult with an attorney prior to answering any questions from the police. It is critical that you exercise this right. You should be allowed to contact the attorney of your choice after you are placed under arrest.

You should contact an experienced Baltimore criminal defense attorney from Cohen & Dwin as soon as possible. Our attorneys can help you understand the criminal allegations against you, advise you on speaking to police or investigators, and launch an independent investigation into your case. We will identify any errors or mistakes made in following proper policies and procedures, and we will identify all possible opportunities to push to have the charges against you reduced or dismissed.

Finally, following your arrest, you should refrain from certain things as well, such as speaking about your case to others or on social media. These statements may later be used against you in a criminal prosecution. You should not tamper with, dispose of, or destroy any evidence that may be in your possession. You should also refrain from contacting any alleged victims or any witnesses in your case. Doing so may be seen as criminal witness tampering.

Why You Need a Baltimore Criminal Defense Attorney

If you have been charged with a crime in Baltimore, you should not face the criminal justice system alone. Police and prosecutors have dozens of people with extensive experience in criminal prosecution working to secure a conviction against you. An experienced Baltimore criminal defense attorney will advocate for your rights and fight to protect your freedom.

When you are arrested, or even prior to your arrest, the police will conduct an investigation into your alleged crime. As part of this investigation, the police may want to collect evidence or statements from you that they will later use as part of your prosecution. You need a Baltimore criminal defense attorney who will ensure that your constitutional and civil rights are protected and observed during the police’s investigation. If the police obtain evidence against you illegally or in violation of your rights, a Baltimore criminal defense attorney can ensure that evidence cannot be used against you in a trial.

A Baltimore criminal defense lawyer may be able to resolve your charges without having to go through the time and expense of a trial. A criminal defense attorney can sit down and negotiate with the prosecutors. After examining the state’s evidence, a defense attorney may be able to demonstrate to prosecutors that they do not have a viable case against you, leading to the dropping of the investigation or charges against you.

Conversely, if the state’s case against you is strong, an experienced criminal defense attorney may be able to negotiate a plea deal with the prosecution to obtain a much less harsh punishment than you would likely receive if you were convicted at trial. A criminal defense attorney can help you evaluate the strength of the state’s case, the strength of any possible legal defenses you may have, and whether any potential plea deals are preferable to going to trial.

If you do decide to contest your charges at trial, a Baltimore criminal defense attorney can again ensure that your rights are protected and observed throughout the trial. An attorney can vigorously advocate on your behalf, persuasively arguing any defenses you may have to a jury or judge and forcing the prosecution to prove each element of your charges beyond a reasonable doubt. If you are convicted at trial, a criminal defense attorney can fight for a minimum sentence that allows you to get back to your family and your life as soon as possible.

Let our Maryland criminal defense attorneys here at Cohen & Dwin use our more than 100 years of collective experience to develop a thoughtful defense strategy for your case.

There are a wide variety of criminal offenses that are prohibited under Maryland law and the ordinances of municipalities throughout Maryland. Some of the common types of criminal cases that our attorneys most frequently handle include:

Regardless of whether you have been charged with a minor misdemeanor or a serious felony, the Baltimore criminal defense attorneys at Cohen & Dwin can help protect your rights in the criminal justice process and fight to preserve your freedom.

Penalties for Criminal Charges in Baltimore

If you are convicted of a crime in Baltimore, the penalties that you may face depend on the severity of the crime. Criminal offenses are categorized under Maryland into two categories: felonies and misdemeanors.

Misdemeanors are considered less severe crimes and, as a result, are typically punished less severely than felonies. Although most states include potential incarceration of up to one year for misdemeanors, Maryland is unique in that some misdemeanors carry a potential prison sentence of up to 10 years. However, sentences for most misdemeanors can be as little as 90 days in jail or less. In addition to or as an alternative to incarceration, courts can also impose fines for misdemeanor convictions, ranging from $500 to $5,000, depending on the specific offense.

The penalties for a felony conviction in Maryland often depend on the grade of felony. Most criminal offenses range from a third-degree felony (the lowest degree, or least severe crime) to a first-degree felony (the highest degree for the most severe crimes). Felony convictions carry a prison sentence of at least one year for the least severe offenses, up to life imprisonment or the death penalty for the most severe crimes, such as first-degree murder. As with misdemeanors, courts can impose fines in addition to or as an alternative to imprisonment for felony convictions, with fines ranging from $500 to in excess of $15,000.

When you are arrested and charged with a crime in Baltimore, it can seem like things move so quickly. Before you know it, you may find yourself in a courtroom facing a judge, needing to make important decisions that can change your future. You don’t have to go through the criminal justice process alone.

Let the knowledgeable Baltimore criminal defense attorneys of Cohen & Dwin help you fight your criminal charges. Contact our firm today to schedule a free consultation to discuss your legal rights and options and to learn more about how our attorneys can help you build a strong defense against the charges you face. 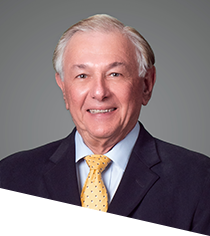